The Army is developing a ‘self-aware’ robot squid that can be 3D-printed on the battlefield and sent into places more traditional robots can’t get into.

The U.S. Army Research Laboratory [ARL] and the University of Minnesota are working to create materials that mimic the flexibility and nimbleness of invertebrates such as squids, ARL announced in a press release.

‘If we can understand these interactions, then we can use those insights to fabricate dynamic structures and flexible robots which are designed to be self-aware, self-sensing and capable of adjusting their morphologies and properties in real time to adapt to a myriad of external and internal conditions,’ said ARL researcher Ed Habtour. 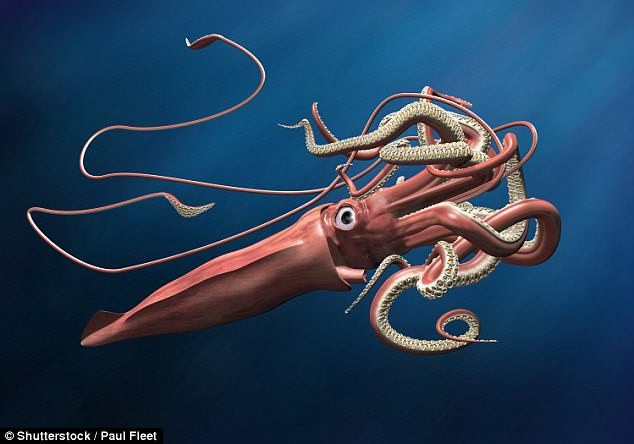 The U.S. Army Research Laboratory and the University of Minnesota are working to create materials that mimic the flexibility and nimbleness of invertebrates 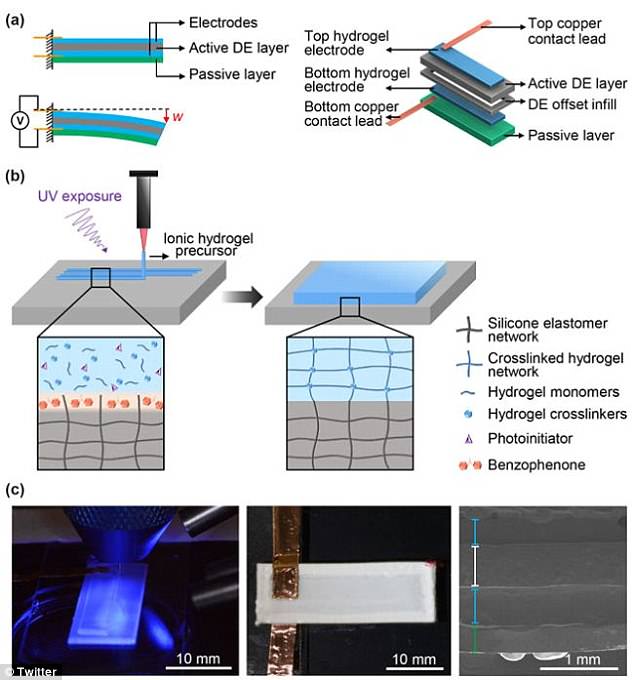 The above graphic shows how multiple materials are fused to make one elastic, flexible one

The idea is that traditional materials are too stiff, while robots with squid-like properties will more easily be able to get into ‘confined or restricted spaces and operate for extended periods’.

The robots currently used by the Army are structurally rigid, which makes them impractical when ‘performing military operations in highly congested and contested urban environments where covert maneuvering is critical for gaining military superiority,’ according to ARL.

In contrast, the material used for the squid robots is designed to bend in any direction when hit with electricity.