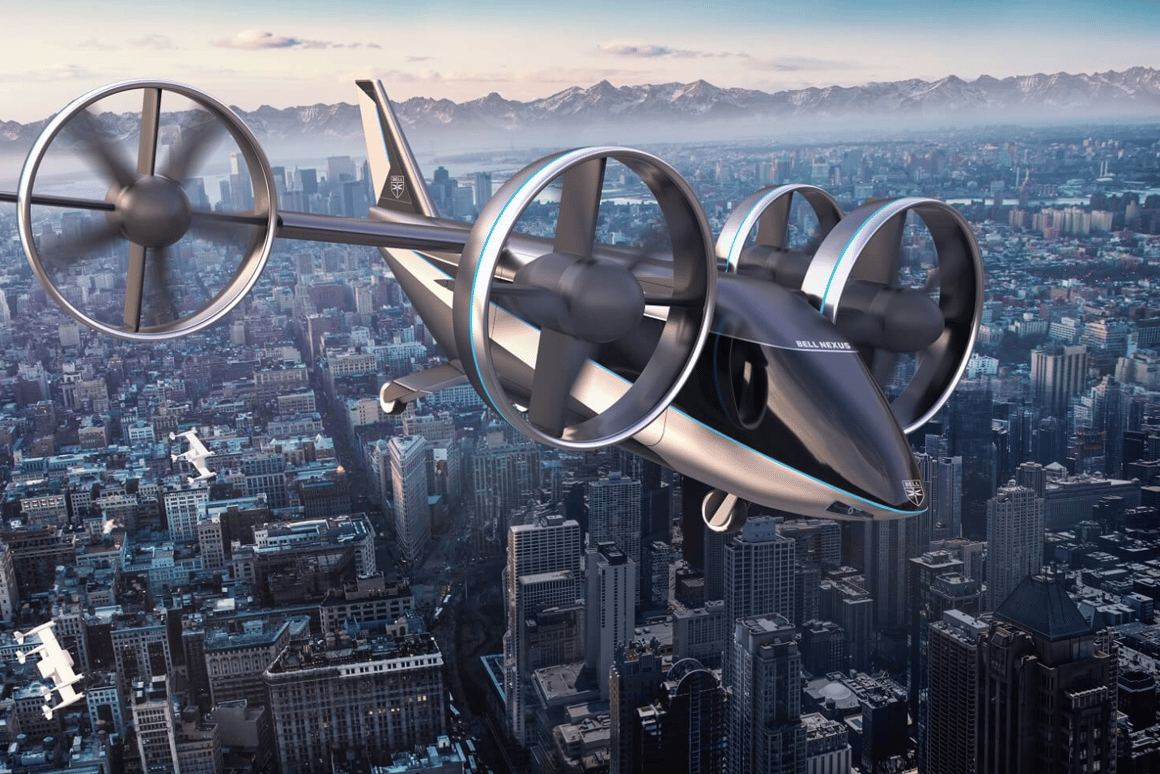 After offering a look at its vision for flying taxis at last year’s CES, Bell has returned to Las Vegas with what it considers a new and improved version. The Nexus 4EX, as the concept is now called, makes do with fewer rotors than the original and features a newly introduced all-electric mode for zero-emission travel over urban centers.

The Nexus aircraft Bell introduced at CES last year featured six tilting ducted fans that lay flat like pancakes when the vehicle was on the ground. A hybrid propulsion system featuring onboard batteries, a gas turbine and an electrical generator delivered power to six smart motors, which in turn spin the tilting propellors to lift the Nexus up and move it through the air.

Bell’s redesign features just four rotors and can be configured as a hybrid-electric or all-electric aircraft, flexibility the company believes better lends the aircraft to commercial use. According to aviation news site FlightGlobal, Bell expects the Nexus 4EX to be capable of flying four to five passengers plus a pilot distances of around 100 km (62 mi) at a time, and to have a cruise speed of 241 km/h (150 mph).

“The vision for the Bell Nexus remains the same, but by taking a mature system level approach to design for an objective market vehicle, we believe this configuration unlocks a capable, certifiable and commercially viable product,” says Mitch Snyder, Bell president and CEO.