U.S. requires human in the loop for robots using deadly force, yet have little or no assurance that potential enemies will follow a similar path. 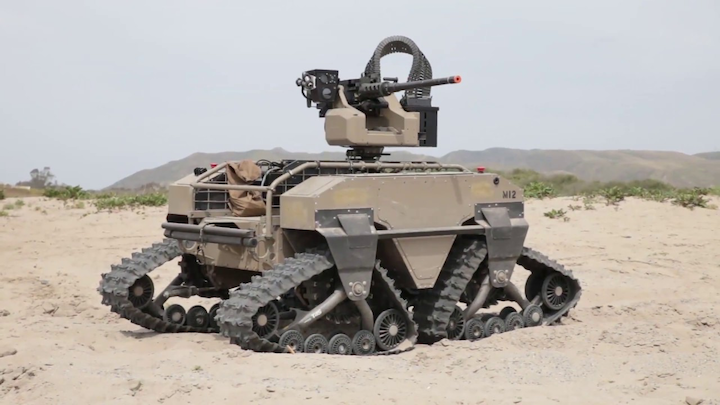 The report stresses that humans will control the robots, it is unclear if the robots merely are remote controlled or if they operate with some measure of autonomy. As a small tracked vehicle, the robot is built to traverse rugged or uneven terrain and operate as a forward-positioned weapons node for ground attacks.

The U.S. Army’s UGVs increasingly are capable of much greater levels of autonomy and Army leaders say they plan to operate most of its combat formations with robotic systems functioning alongside or in tandem with manned platforms.