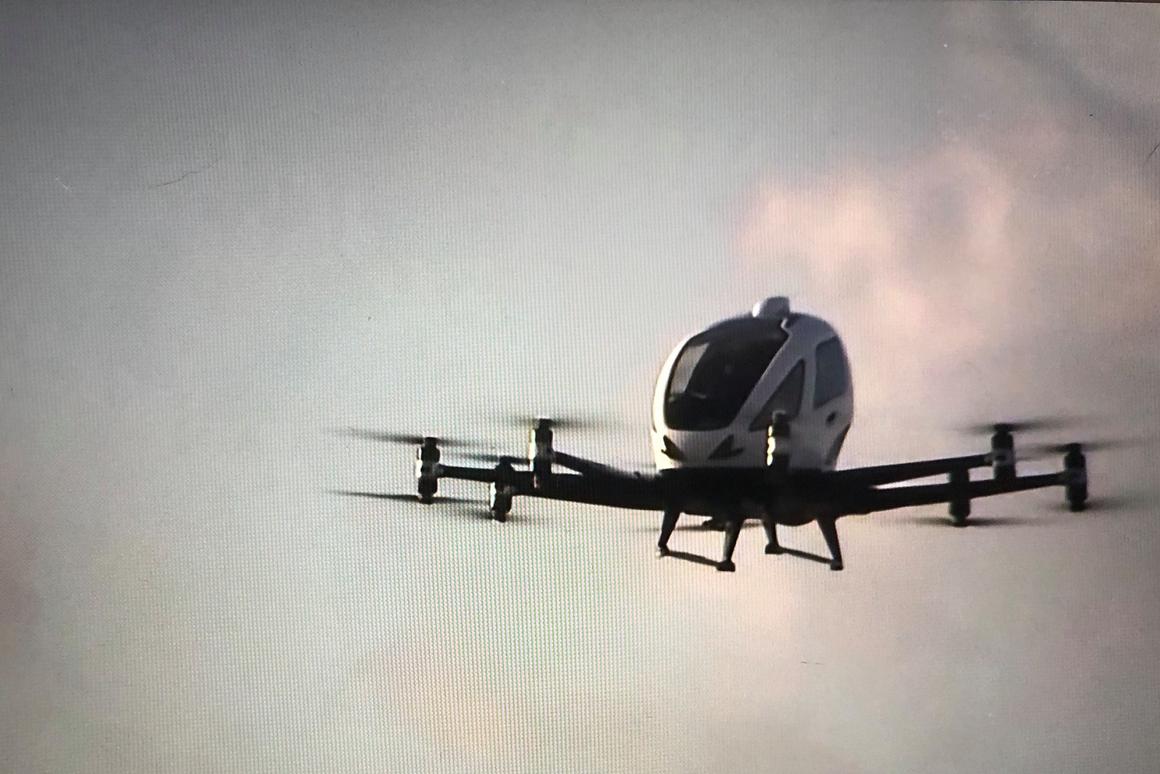 Ehang’s Autonomous Aerial Vehicle (AAV) – a multi-rotor drone capable of carrying people – made its first US appearance at CES 2016, and now with CES 2020 in full swing the company has demonstrated the first flight in the US of its two-seater autonomous air taxi. Though the trial flight didn’t take place at CES.

The electric air taxi shown at CES 2016 was designed to hop a single passenger from A to B above congested ground traffic. Later that year, Ehang announced that its 184 autonomous drone would undergo flight testing in the US, it was then shown actually lifting passengers over the company’s home turf in 2018.

In November 2019, a pair of two-passenger AAVs simultaneously flew over Guangzhou in China, and just last month, the launch of commercial operations moved a step closer with news that Ehang had partnered with Heli Chuangxin Real Estate Co. Ltd to build an urban air mobility demonstration project in the port city.

Now the two passenger Ehang 216 autonomous air taxi has taken to the skies in North Carolina ahead of the 2020 North Carolina Transportation Summit at the Raleigh Convention Center this week. Though the 216 was unmanned, it wasn’t carrying any passengers.

But the test flight at the State Highway Patrol Facility/Aviation Hangar in Raleigh represents the first time that the air taxi has been granted flight approval by the Federal Aviation Administration. The next step will be to secure FAA approval to fly with passengers aboard.