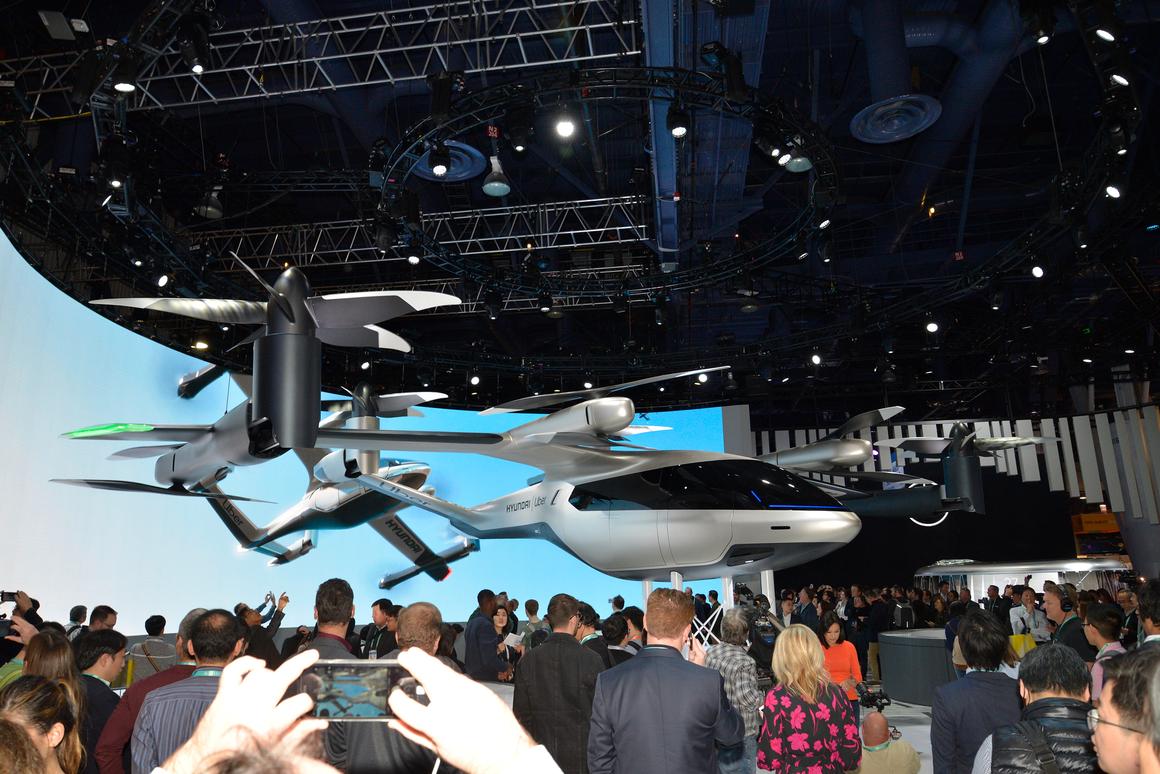 Hyundai has used the grand platform of CES 2020 to unveil its take on the future of urban mobility. At the heart of its plans is its S-A1, an electric flying taxi developed with Uber. A concept at this stage, the S-A1 is a four-passenger electric aircraft designed for short urban journeys made possible by helicopter-style vertical take-off and landing.

In the S-A1, Hyundai has become the first partner of Uber Elevate, Uber’s grand plan for transforming urban transportation by taking its ride-sharing business model to the sky. Hyundai’s S-A1 design builds on the design concepts established and shared by Uber Elevate in an attempt to help manufacturers stake a claim in the embryonic air taxi market. The S-A1 also constitutes the first fruit of Hyundai’s Urban Air Mobility (UAM) division. (Though confusingly, Hyundai also refers to its air taxis as UAM.)

So it’s no surprise that the S-A1’s vital statistics are in line with the broader Uber Elevate concept. Expect cruising speeds of up to 180 mph (290 km/h), flight altitudes of between 1,000 and 2,000 feet (300 and 600 m), and journeys a maximum of 60 miles (100 km). At peak times, the S-A1 would need about five to seven minutes to recharge, Hyundai claims. Hyundai’s UAM division even comes with four principles: safe, quiet, affordable and passenger-centered, which are very much in line with Uber Elevate’s goals.

The vehicle itself boasts four small rotors, all of which rotate for vertical take-off and landing. Four propellers allow for improved safety in the event one should fail, and their small size is intended to help limit noise. Though there are no specific figures here, in the past Uber Elevate has targeted 67 dB at an altitude of 250 ft (76 m), equivalent to the volume of a normal conversation. Though pilots will be needed at first, in the long run, it’s envisaged that S-A1s and other Uber Elevate air taxis will operate autonomously – in line with Uber’s plans for its taxis on the ground.

Uber is bullish about Hyundai’s prospects at beating aerospace manufacturers at their own game.

Alas, the announcement gets no more specific about what “coming years” actually means. Only a few years ago, the unveiling of an air taxi concept like this would have necessitated some “don’t hold your breath”-style caveat. But with Hyundai’s proven electric and hybrid vehicle expertise, along with Uber’s aggressive track record of disrupting urban transport, air taxis are now much more a case of when, not if.

As well as the SA–1, Hyundai also announced concepts for smart urban transport “Hubs” and ground-based Purpose Built Vehicles (or PBV, as opposed to all the accidentally-built vehicles on the roads).

Apparently based on the appearance of San Francisco’s famous cable cars, the PBV is designed as a new take on the taxi which can simultaneously function as living space, restaurant or coffee shop. The PBVs can be adjusted between 13 and 20 ft (4 and 6 m) in length. They’re autonomous, and can operate either individually or in convoy. Perhaps most interestingly, Hyundai reckons it will be possible to charge PBVs en route (they would be electric, needless to say), using networked AI to hook up with dedicated charging PBVs as they go.

The Hub, meanwhile, is just that: a landing pad meets taxi rank for both its air and ground taxis to dock. Interestingly, the Hyundai press materials don’t even bother to point out that these will be used to recharge their vehicles, though that will inevitably the case. Instead they wax lyrical about “innovative new community spaces” where you can get out of your air taxi and into a PBV, and more besides.

“For instance, the Hub can be turned into a cultural complex by bringing together PBVs functioning as concert halls, movie theaters, and museums,” Hyundai says. “It can also be transformed into a medical complex by connecting medical service PBVs in the form of clinics, doctor’s offices and pharmacies.”

Quite where they’ll be room to do all this in the cramped, bustling cities of the future is apparently a question for another day. Oddly, the prospect of flying taxis seems the most plausible part of Hyundai’s exciting re-imagining of urban transportation.