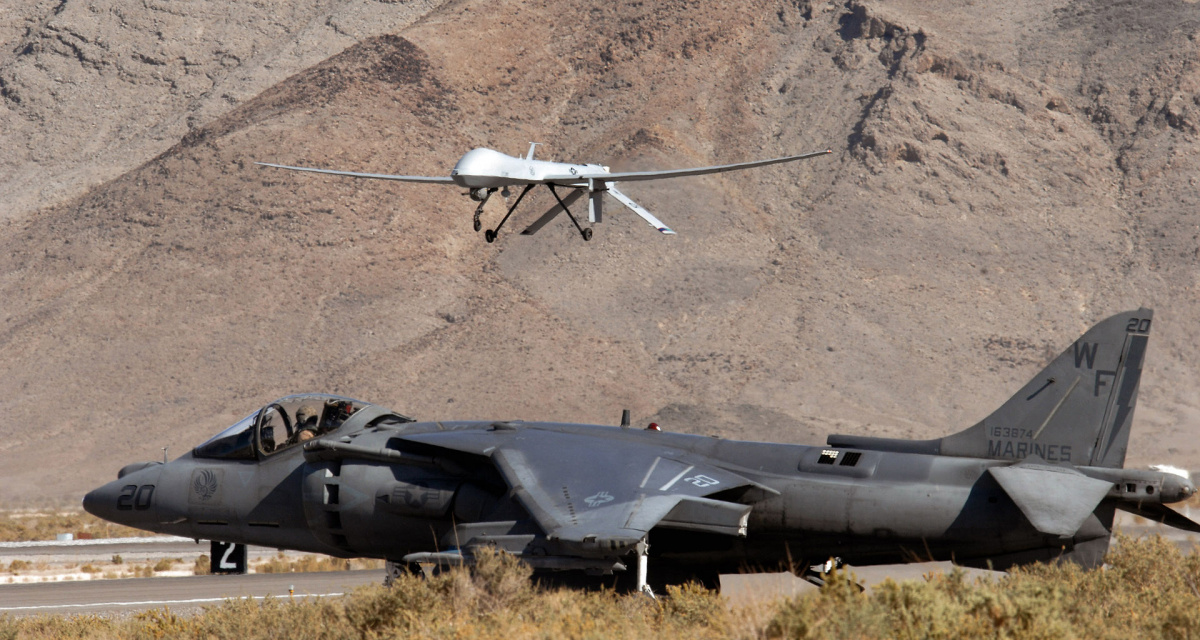 With more technologically advanced unmanned aerial vehicles (UAVs) buzzing about than ever, some military leaders are starting to rethink the way they look at air superiority.

That is especially true for the U.S. Marine Corps – often the first U.S. force to face UAV threats on foreign soil.

Before, air superiority pretty much controlling the skies above the ground or water on or through which forces intended to operate. But now, with UAVs operating at all different heights and depths, that kind of thinking is proving to be inadequate.

“We have to think about in multi-domains and consider what’s operating in those domains and we have to account for those. It changes the mindset of how we approach those layers of defense.”

Indeed, he says, “Air superiority is not a good assumption anymore from the ground.”

It is not only the ubiquitous nature of the UAVs that is vexing U.S. military planners, but also the advanced technology being developed for the vehicles.

For example, some UAVs are relying on other communication methods other than traditional data links, making them harder to locate.  “You can at least detect a data link,” Spataro says. What if that changes? What does that mean? It is that much harder to identify that object in the air.”

But technological advancements cut both ways. The U.S. is looking improvements, from the military and commercial worlds, to make UAVs a more effective tactical tool.

“Autonomy in general is going to be the biggest gamechanger,” Spataro says. “If you look at taking the normal tasks that an operator has to do — where you are seeing more and more automation is making those tasks simpler. A simple example is a takeoff checklist for the aircraft itself and rest of components, datalinks — the ground control stations will able to go through preflight checklist themselves. That’s a very simple example of where autonomy is taking us.”

Or, consider technology that allows better operation without datalinks. “Then automation allows you to do a whole lot more. That’s where in in the long term or even in not too distant future – you’re going to see levels of autonomy, especially around the battlefield, to do things we could not do otherwise.  It allows you to do recon and surveillance and even target acquisition and relay back important information instead of doing communications all the time. It will change the look at things.”

But one of the big hurdles the military must overcome is developing systems, often based on commercial-off-the-shelf (COTS) technology without breaking the bank and trying to weed out proprietary parts.

“The products that are offered to us, oftentimes have propriety components,” Spataro says. “And when you pair a proprietary object or product it may be not compatible with other military systems.”

It can especially be difficult, he says when trying to form command links or string together command and control systems.

When using a targeting system and a tablet or other handheld device, he says, “The software on them has to quickly integrate with anything.” The sensors must be netted as quickly as possible.

“When we make a decision to buy a product, it has to be interoperable with other programs that already exist (in the force),” he says. “They can’t be isolated.”