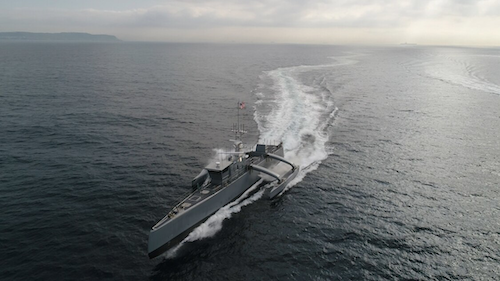 WASHINGTON – The head of the U.S. Navy’s Fleet Forces Command has ordered the service’s surface force to develop a concept of operations for both the large and medium unmanned surface vessels in development, according to a Dec. 19 message. Defense News reports. Continue reading original article

The message comes after a long battle with Congress over funding for unmanned surface combatants, during which lawmakers expressed skepticism that the Navy was knowledgeable enough about the technology for which it was seeking funding. Ultimately Congress appropriated funds for the Navy to buy two large unmanned surface vessels, but lawmakers forbade the service from equipping the vessels with vertical launch tubes, as the Navy intended.

The concepts of operations is meant to define what would be considered “initial operating capability” for the medium and large USVs and goes on to define what those platforms are intended to do.