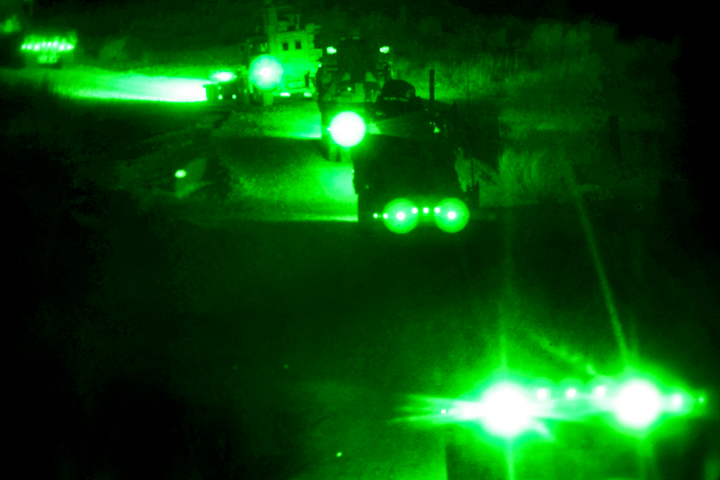 Autonomous and semi-autonomous systems require active illumination to navigate at night or underground, which can make them vulnerable to the enemy because it can detected by adversaries miles away.

The Invisible Headlights program seeks to eliminate this vulnerability by discovering how to exploit ambient thermal light using a totally passive 3D sensor that is accurate enough and fast enough to support autonomous navigation.

Instead, the Invisible Headlights electro-optical approach seeks to use non-target artifacts in the scene that previously might have been considered clutter to provide the signal necessary to enable 3D vision. It will quantify the available information in ambient thermal emissions, determine how much of that information is useful for building a 3D model of a scene, define the trade space of sensor designs, develop new sensors for increased measurement diversity, and validate all this data in field tests.

Quantifying the measurable information from ambient thermal emissions is non-trivial and very environment-dependent, DARPA researchers say. It depends on the temperature, chemical composition, geometry, and atmosphere surrounding the objects in a scene.

Moreover, it depends on the aperture, position, measurement modes, and performance of the sensor. In practice, these environments are so complex that measurement, rather than modeling, is necessary to characterize the actual signal variation.

An ideal sensor might be able to extract many orders of magnitude more data about the environment than is attainable using conventional infrared sensors.

Contractors involved in the project will modify and extend existing sensors to enable passive 3D vision sensors with the potential for low-speed applications to 25 miles per hour.

Contractors also will develop near-zero-noise sensors capable of orders of magnitude more measurements per second than conventional sensors to enable fast, high-spatial-resolution, high-spectral-resolution measurement of an environment and high-speed 3D vision. If successful, these new sensors will enable 3D vision for speeds greater than 25 miles per hour.