As global tensions rise — particularly between the United States and Russia — every move that could even be perceived as a military one is receiving increased scrutiny.

And everyone appears to be ready to play…

North Korea ran several missile tests — which failed — and threatened the possibility of nuclear tests in the near future. They blamed President Trump for the escalation in competitive displays.

In response, the United States delivered a surprise armed exercise over Japanese airspace — and publicized a successful test of an unarmed nuclear warhead just days later.

Combat Robotics is key to making intelligent machines. It concerns including aviation and space. Training in shooting…

… way of teaching machines to allocate priorities and instantly, and make decisions. We do not create a terminator, and artificial intelligence.

The final tweet in the series includes additional images: 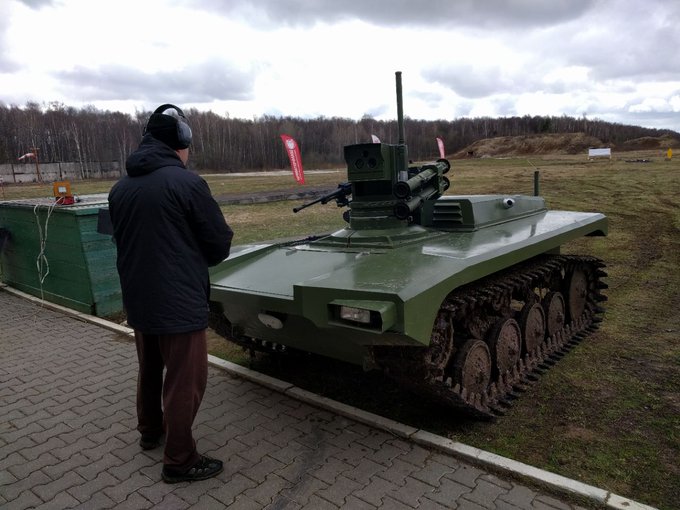 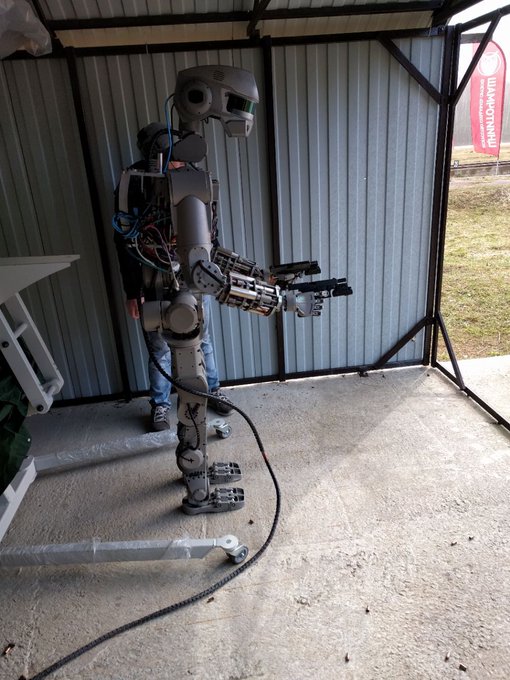 … that will be of great practical significance in various spheres.

The robot’s name is FEDOR (Final Experimental Demonstration Object Research), and was designed for space exploration. But a recent video shows FEDOR “learning” to shoot with both hands — and the robot appears to be an excellent shot:

FEDOR’s creators claim that the shooting training is designed to “help improve their motor skills and decision-making abilities,” but the timing of the video’s release may leave some wondering whether space exploration will truly be its only application.