Toyota to establish hydrogen-powered “Woven City” at base of Mt. Fuji 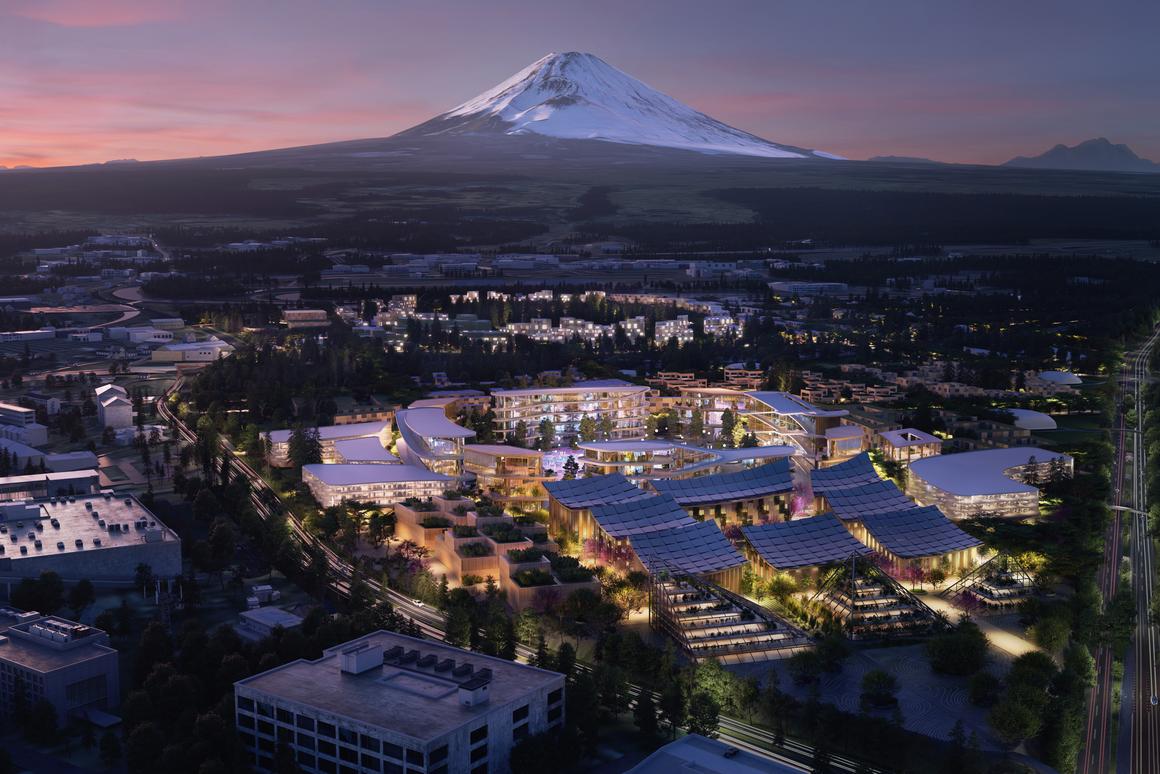 Toyota is clearing some 175 acres (70 ha) of land in the shadow of Mt. Fuji to build and test a prototype of a hydrogen-powered future city full of autonomous vehicles, subterranean deliveries, domestic robots and other high-tech goodies. Built from the ground up as a test bed for all sorts of technologies, the “Woven City” may become one of the world’s most futuristic places to live.

Scheduled to begin breaking ground in 2021, the Woven City will be built on a stretched grid of pathways that aim to separate traffic into discrete paths for self-driving mobility pods, pedestrians, and medium-speed mobility devices like electric scooters, bicycles, skateboards and monowheels. The average modern-day street, the thinking goes, is a mess of things traveling at wildly different speeds. Why not optimize each street for a vehicle type and give each one a better, safer experience?

The pedestrian and medium-speed mobility paths will effectively let people get from A to B through the city without ever having to leave a park-like recreation space with plenty of greenery. That’ll be nice. And all the autonomous vehicles will be hydrogen powered, reflecting Toyota’s commitment to fuel cell vehicles as the transport solution of the future – even though transport in a small urban area like this would be far better served by battery-powered EVs in our estimation, as hydrogen’s only real advantage – quick refueling on long trips – doesn’t come into play in town.

Still, Japan and Korea are hell-bent on bypassing batteries in favor of a liquid hydrogen fuel economy, perhaps because this might allow them to move the considerable emissions involved in producing this “clean fuel” offshore to countries like Australia, which stand ready to produce it using brown coal and ship it over on enormous diesel ships. It’s hard to see how it stacks up as a viable fuel otherwise, being extremely energy inefficient to produce (especially through “green” means, which themselves require the use of large amounts of clean water), difficult to store and transport, and highly explosive in air.

Still, Toyota has made its choice for the Woven City, and hydrogen it is. It’ll certainly be interesting to see how this plays out in regular day-to-day usage.

The city is being designed by Denmark’s BIG architecture firm, run by Bjarke Ingels, and makes use of sustainable carbon-neutral woods and traditional Japanese-style wood joinery combined with robot production techniques. Every roof is festooned with solar panels, and efforts are being made to make sure every home has its own spectacular view of Mt. Fuji to take advantage of the Woven City’s amazing location.

Underground, the city keeps its hydrogen storage and water filtration. There’s also an underground direct delivery service, in which little robots zoom about carrying mail and deliveries, hopping into little elevators that take them directly up into each home from below to deposit their goodies.

Toyota plans to use the Woven City to test all manner of domestic and civic technologies, including but not limited to home assistant robots, self-restocking fridges, health monitoring gadgets and self-emptying trash cans. Autonomous pods will flood civic spaces with food and pop-up shopping options, sensors will be everywhere feeding AI systems with data they can use to make daily life and transport run smoother and more efficiently, and Toyota plans to emphasize human connections and community as a way of pushing back against the digital disconnection many urban dwellers feel in modern life.

Around 2,000 people will be able to live in the Woven City, and while Toyota will prioritize its own researchers, it’s also opening spaces up for retirees, families, retailers, scientists and industry partners. It’s an ambitious and forward-thinking smart city project that pushes beyond the boundaries of Toyota’s enormous past achievements and could leave a lasting legacy if it’s done right.