Manufacturer not saying which militaries it has been working with as part of the project or whether there are any additional foreign customers. 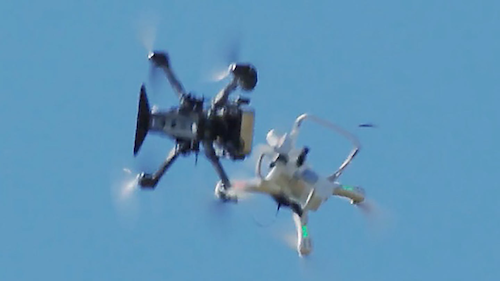 10 Oct. 2019 — The market, within the U.S. and around the world, for counter-drone systems, ranging from electronic warfare jammers to directed energy weapons to suicide drones, has exploded in recent years as the threats that even relatively cheap and diminutive unmanned aircraft pose has become glaringly apparent.

Anduril Industries Inc. in Costa Mesa, Calif., unveiled what its officials call the “Interceptor” on 3 Oct. 2019 2019. The company says it started delivering its system to the U.S. and United Kingdom militaries earlier in the year and now has a contract to support activities at an unspecified location overseas, likely as part of a field test, according to reports from Bloomberg and NBC News.

Anduril has not specified what American or British military branches specifically it has been working with as part of the project or whether there are any additional foreign customers.