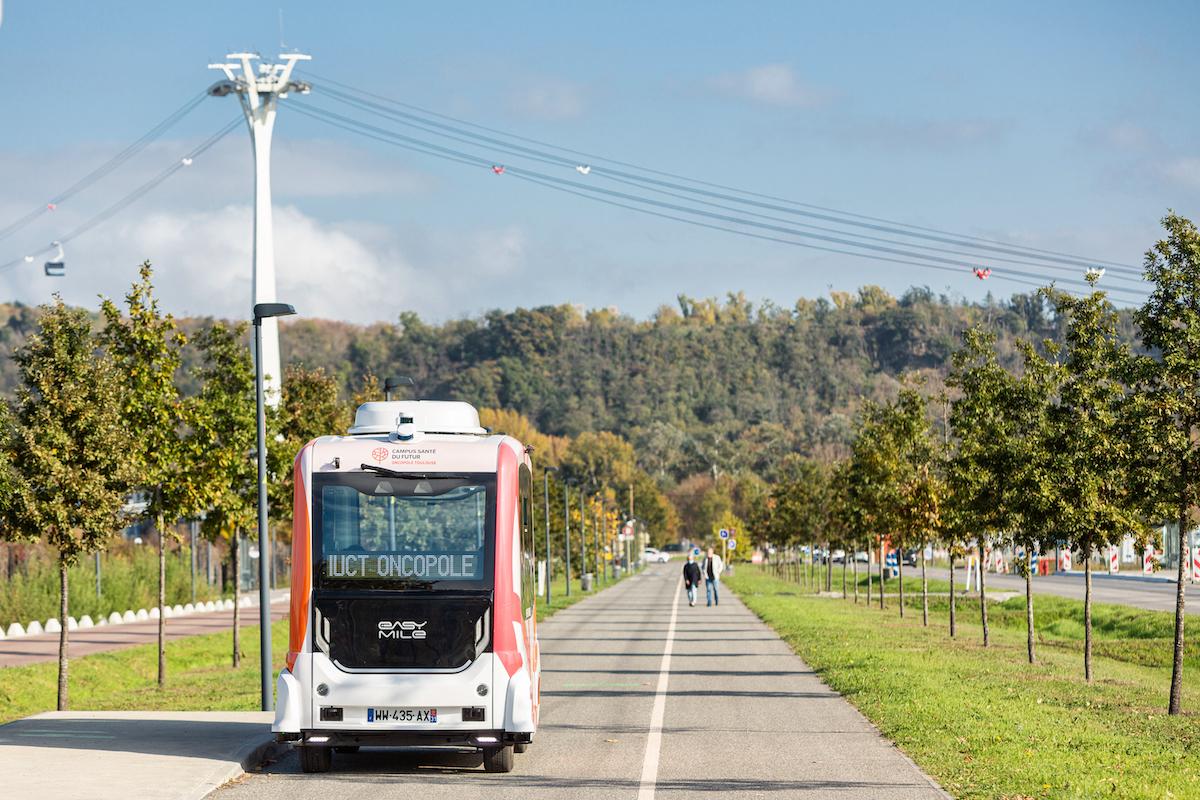 The world of autonomous transport technology is a busy space, and one company covering a lot of ground is French outfit EasyMile. The startup has been testing and developing its driverless shuttle at various locations around the world, and has now added another feather to its cap, becoming the first vehicle authorized to operate without a human driver on public roads in France.

Since first popping up back in 2015 with its box-on-wheels EZ10 people mover, we’ve seen EasyMile test out its vehicle in trials in more than 30 countries around the globe, many of which don’t feature a human onboard but are overseen by a remote operator. This includes testing in Singapore, the US , Finland and Australia, as the company works to position its vehicle as an autonomous transport solution for private campuses, factories, airports and planned communities.

The latest version of the EZ10 has capacity for 15 people, with cushioned seating and safety belts, while the company also recently added an automated ramp and wheelchair anchor points for disabled passengers. It also recently upgraded the EZ10’s sensor suite, and teamed up with German startup Sono Motors to integrate solar cells and extend the vehicle’s range.

EasyMile has been trialing its driverless shuttle at the Oncopole medical campus in Toulouse, France, operating between the main entrance and a parking lot 600 m (2,000 ft) away along a mixed traffic route shared with bikes, pedestrians, cars and buses. Having proved the safety and reliability of the service, the company has now become Europe’s first to receive authorization for Level 4 autonomy on public roads, handed down by the French government.

This is a high level of automation that enables the vehicle to operate without a human onboard, and the approval brings EasyMile’s total number of Level 4 deployments around the world to seven. Regulations clear the way for autonomous vehicles to start operating on public roads in France in September 2022.

“This is an important step towards real commercialization of autonomous driving, both on large private sites, as well as on public roads,” says EasyMile’s General Manager Benoit Perrin. “The applications for our technology to move people and goods continue to grow, especially in locations like campuses, business parks, industrial sites, and master planned communities. I’m excited about the future as more and more adopt intelligent, shared transport.”