Laser-charged Chinese drone can stay in the air indefinitely 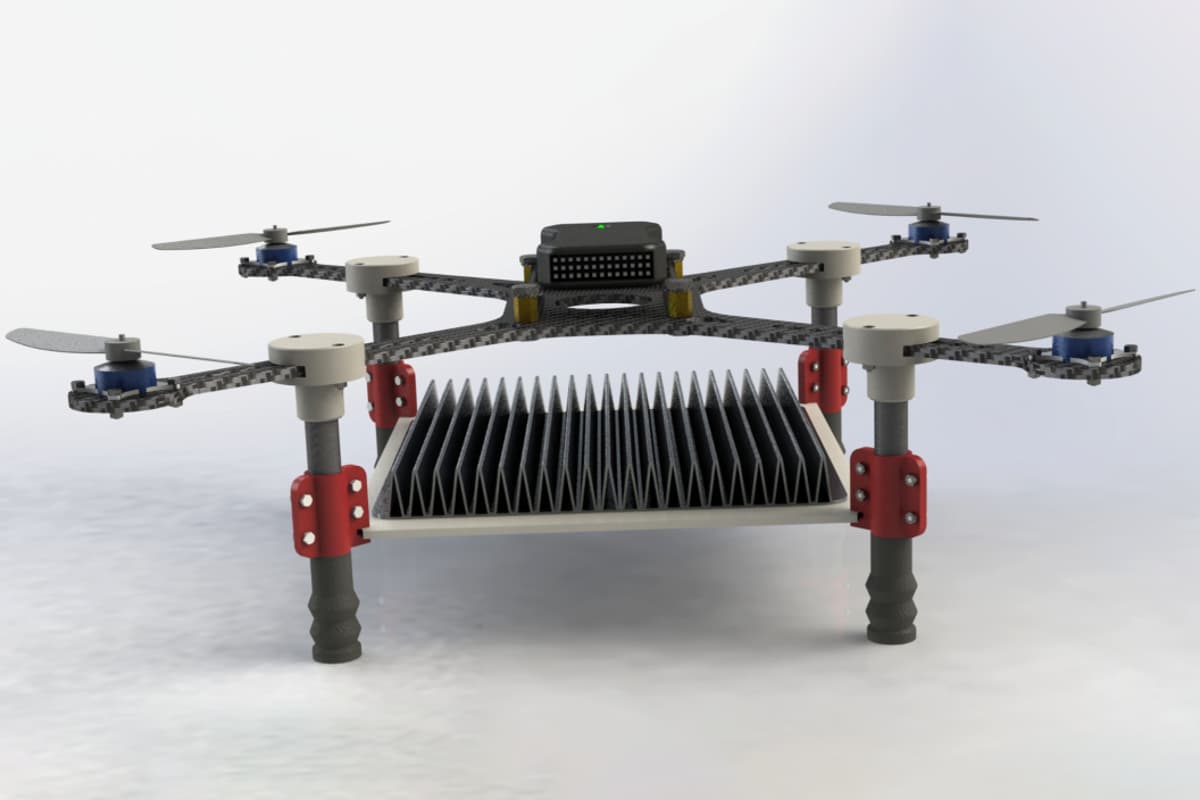 A large photoelectric converter on the bottom of the drone harvests energy from the laser much like a photovoltaic panel, allowing the drone to stay in the air indefinitely Northwestern Polytechnical University / China Daily
Researchers at Northwestern Polytechnical University in Xianyang, China, have demonstrated a drone that never needs to land, thanks to a remote charging system that delivers power via an adaptive, target-tracking laser on the ground. The system uses a photoelectric converter on the bottom of the drone to capture energy from the laser. These kinds of systems do a pretty decent job of wireless power transmission, although the efficiency isn’t great. At the transmission end, power-to-laser efficiency can be between 50-85%, depending on how fancy your laser is, and at the receiving end you’re likely losing around 50% of your energy again.

But electricity is cheap, and if you’re plugged into the mains, these losses are acceptable if it means your surveillance drone never needs to come down.

Washington-based company PowerLight, formerly known as LaserMotive, demonstrated a similar wireless drone charging system back in 2012, keeping a large drone airborne for 48 hours in a wind tunnel and powering one of Lockheed Martin’s Stalker drones outdoors from ranges up to 600 m (1,970 ft).

The NPU team developed an “intelligent visual tracking algorithm” to keep its beam targeted on the drone, as well as an adaptive beam shaping system that can compensate for changes in atmospheric density. It also designed a method of identifying obstacles and rapidly adjusting the power of the beam to a safe level. They tested it with a small quadcopter, and demonstrated it working indoors with the lights on and off, and outdoors at night, with video showing the drone reaching altitudes around maybe 10 m (33 ft).

The long-range capability of laser systems suggests this kind of system could open the door to higher-altitude drone operations, which could effectively create persistent airborne platforms capable of acting a little like low-altitude satellites – although where multicopter-style platforms are concerned, their use will likely remain weather-dependent.

You’d expect there to be some regulatory pushback, as well, given that these devices will point lasers into the sky. NPU did not disclose the laser’s power output, the range of the system or its efficiency, citing the device’s military potential. But this is clearly an early-stage lab prototype.

PowerLight, on the other hand, seems much closer to commercialization, and the company says it’s working on long-range, lightweight and compact wireless laser power transmission with functional safety shutdown systems and the capability to work regardless of weather conditions.

Military applications aside, it’s interesting to consider how wireless power might affect other electric aircraft – particularly power-hungry eVTOL air taxis, for which battery density and range are among the chief bugbears. A citywide grid of laser chargers supplying energy as these things fly overhead could help these things make more commercial sense – but there’s a long way to go before this kind of thing’s legally approved and ready for urban use.