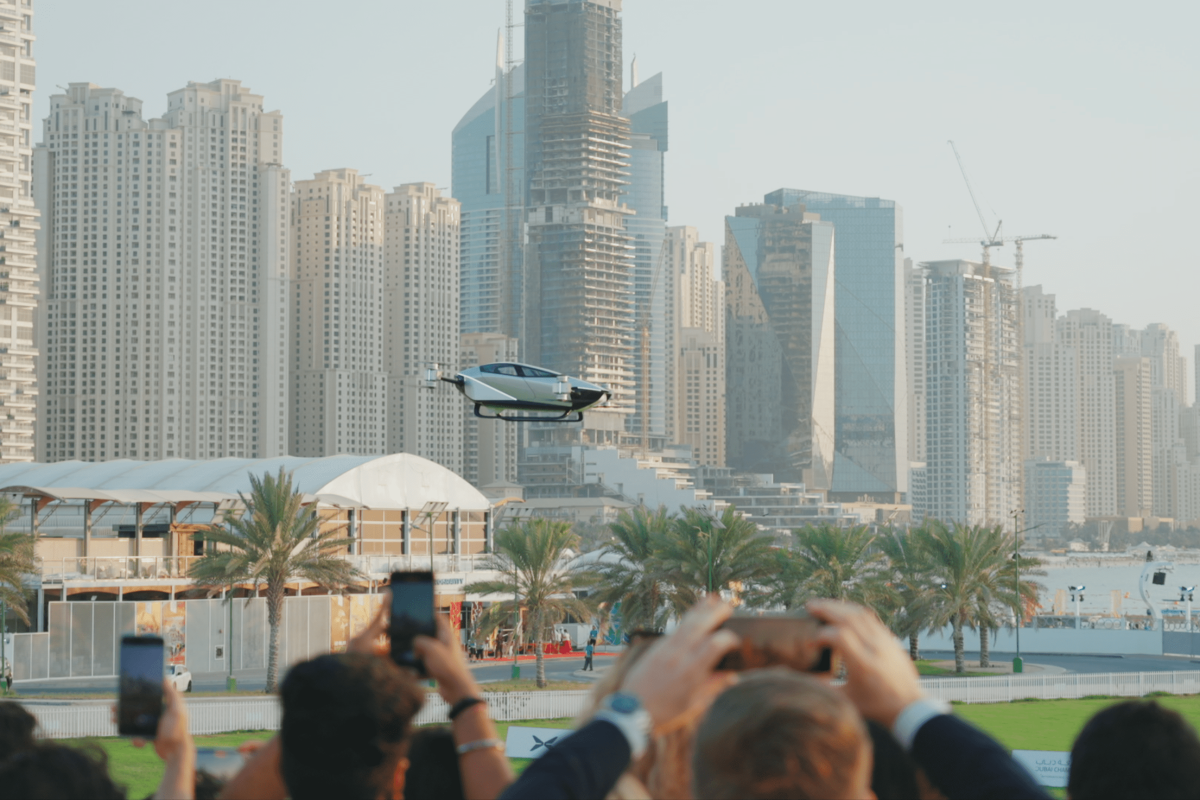 The X2 flying car in action in Dubai
XPeng

Chinese electric-vehicle-maker XPeng has been developing a teardrop-shaped eVTOL to serve as a flying taxi of the future, and has just flown it in public for the first time. The short flight marks an important step forward for the ambitious and well-financed firm, which has even more audacious flying cars planned for the future.

We caught wind of the planned debut flight for the X2 in Dubai earlier this month following local news reports, with the XPeng spinoff AeroHT needing a special permit from the Dubai Civil Aviation Authority. This came after an operations risk assessment cleared the way for Monday’s flight that took place at Skydive Dubai in front of 150 onlookers, with the city’s dramatic skyline serving as a backdrop.

“XPeng’s X2’s public display in Dubai represents a significant milestone for XPeng AeroHT and the international achievement of flying cars,” said Brian Gu, Vice Chairman and President of XPeng. “Dubai is a world-renowned ‘City of Innovation,’ which is the reason we decided to hold the X2 first public flight event here. Today’s flight is a major step in XPeng exploration of future mobility.”

Last year, the company outlined what would become the X2’s successor, a sixth-generation flying supercar it claims will have the ability to travel by air and on the roads. AeroHT says more details on how this would work, along with the design of the car itself, will be revealed at its 1024 XPENG Tech Day later this month.

To see the X2’s first public flight in Dubai, check out the video below.